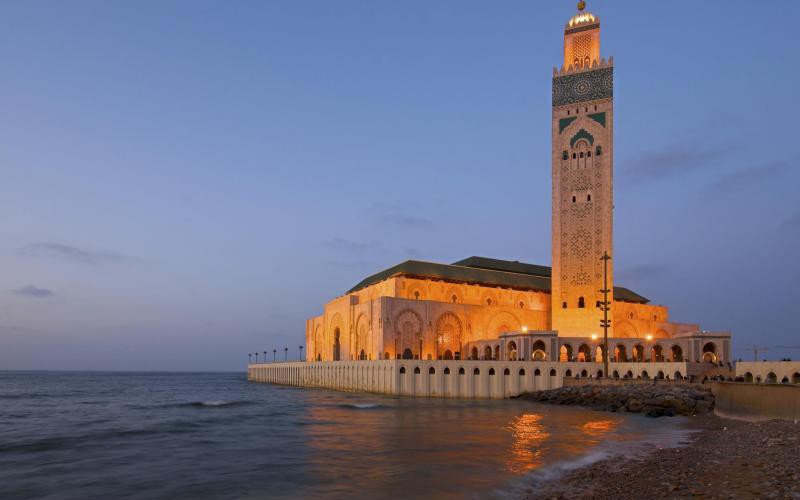 Before melting in the bustle of the modern city, back on the history of ancient Anfa.
In the middle of the eighteenth century, the Sultan Sidi Mohammed ben Abdallah decided to rebuild the ruins of ancient Anfa (the hill), a small Berber town founded in the seventh century. Still partially surrounded by ramparts, the old Medina was the first city of Casablanca. By visiting with its maze of streets and stalls, you discover the traditional atmosphere and a thousand small crafts. The other face of the city appears during the first half of the twentieth century. Casablanca became the showcase of architecture of the 30s. Remote areas are connected and organized around the Place de France, now become instead the United Nations and the Place Administrative, Place Mohammed V Current 3 km from the city center, the Habous district is a unique creation Morocco: a new medina entirely designed in the traditional model. Originally intended to house the rural population coming to seek work in Casablanca, this area is representative of the capacity of the tradition to fit perfectly with the requirements of modernity. The architectural tradition of the economic capital continues with the inauguration, August 30, 1993, of the Hassan II mosque, one of the largest mosques in the world with its 200 meters high. The life of modern Casablanca is the vibrant image of Mâarif neighborhood.This old poor area located west of the Arab League Park was transformed gradually into one of the most prominent areas of the city. Moroccan golden youth frequent the streets to luxury shops and trendy establishments, dominated by the twin towers of the Twin Center. Anfa, upscale neighborhood of Casablanca, also worth a visit. More downtown, Boulevard Mohammed V has kept its arcades under which shops and restaurants line up on almost 2 km. To know more about Casablanca we invite you to book our tour via the following link:Sightseeing Casablanca From Casablanca